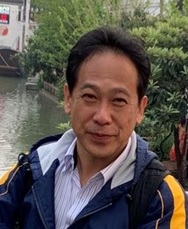 On the Soil Behavior due to Rectangular Pipe Jacking

Title: On the Soil Behavior due to Rectangular Pipe Jacking

Hideki Shimada, Professor of Department of Earth Resources Engineering, Kyushu University. He has published over 100 papers, and based on the citations report of 47 papers collected by Web of Science, the average H-index is 10 with 292 citations. He also published two books, and more than 20 scientific publications were in major international journals and top world conferences. He has achieved Academic Category Winner by International Society Trenchless Technology, No-Dig Award 2007 and 2013. He is now Vice-Chair of JSTT.